Mexico City: September, 1963 Confabulation by elements of the CIA to frame Oswald.

Oswald's trip Mexico City to Mexico City never happened. It was an operation to connect Oswald to Soviet Assassination entities and Castro. Why? They wanted to blame for JFK's assassination Castro as a pretext to invasion.

David Phillips, CIA's chief of operations for the Western hemisphere, with Allen Dulles.

Oswald was never in Mexico City 60 days before the Assassination yet the CIA misconstrued his presence in the Mexican capital. 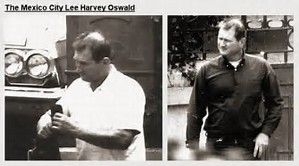 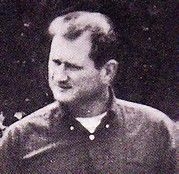 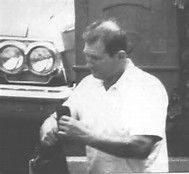 It's not Lee Harvey Oswald in the CIA and Cuban embassy photos from Mexico City.

It's not Lee Harvey Oswald's voice on the Mexico City recording.

Oswald was in Texas not at the Cuban and Russian Consulates.

Sylvia Duran said the man acting angry and turning red in the face had blonde hair and was not Lee Harvey Oswald as he claimed. Until she was tortured.

While Sylvia Duran, with whom Oswald dealt most directly, believed it was Oswald, even she had described him to interrogators as "short" and "blond."

Eusebio Azcue Lopez, a former Cuban consul in Mexico City, told the tribunal that the person claiming to be Lee Harvey Oswald who visited him Sept. 27, 1963, to request a visa for Cuba was not the same person who appeared in films and photographs as the arrested assassin of Mr. Kennedy. The Warren Commission reported the C.I.A.'s evidence that Lee Harvey Oswald had visited the Cuban consulate on that day.

“In no way did the person I saw in film and photographs resemble the person who visited me,” said Mr. Anue, who has never before given evidence in public. “The person in the film was younger and with a pudgier face compared to the hard lines and older face of the person who requested the visa.”

Oswald was never on the bus to Mexico City.

64) Although Mrs. Odio suggested doubts that the men were in fact members of JURE, she was certain that the American who was introduced to her as Leon Oswald was Lee Harvey Oswald. Her sister, who was in the apartment at the time of the visit by the three men, and who stated that that she saw them briefly in the hallway when answering the door, also believed that the American was Lee Harvey Oswald. By referring to the date on which she moved from her former apartment, October 1, 1963, Mrs. Odio fixed the date of the alleged visit on the Thursday or Friday immediately preceding that date, i.e., September 26 or 27. She was positive that the visit occurred prior to October 1.

Ann Goodpasture went to work for James Angleton, chief of Counter-Intelligence Staff. According to Angleton, Goodpasture was "very close" to William K. Harvey. Our Man in Mexico-Jefferson Morley

This is part of what happened:

Will the real Maurice Bishop please stand up?